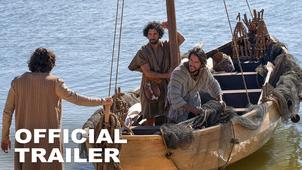 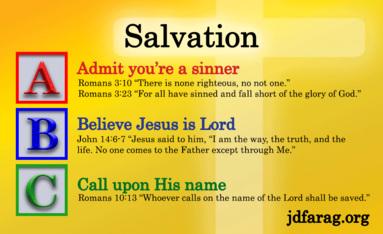 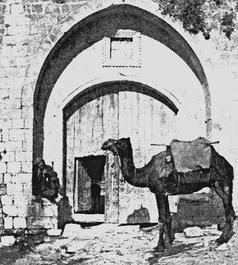 To the people in Jesus’ day -there was no familiar animal larger than a camel -and no opening smaller than the eye of a needle. To have the largest try and go though the smallest -was a common way of using an using exaggeration for effect. Clearly there was no way such an event was going to happen -and Jesus likened the event to a rich man getting into heaven. In fact, He said “it is easier for a camel to go through the eye of a needle...”     (Matthew 19:24 ; Mark 10:25; Luke 18:25)

The disciples were astonished by Jesus' remark -for if the rich (who were clearly blessed by God) couldn’t make it -how would poor fishermen like themselves make it?   Somehow they missed the truth that privilege brings responsibility and that responsibility entails accountability.

Jesus saw beyond the rich young ruler claims to have kept the letter of the law and saw that his spirit was rich only towards himself. It is like those who say “I am rich... and have no need of nothing” when really they are wretched, miserable and poor, and blind and naked upon God’s inspection.

Despite his wealth, the rich man sensed his own dissatisfaction for he asked, “what am I still lacking?”
Jesus told him to sell what he had, give the money to the poor, and follow Him.
For the rich young ruler, it was too big an ask -so he went away grieved.
It would have been a different ending had he asked Jesus to help him.
For us to try to squeeze into heaven is impossible, but  “With God all things are possible.”

Further info
Reading more into something . . . when the correct explanation is the simplest.

There is no need to look beyond a real camel and a real needle for Jesus is not inventing a new saying or idiom but using hyperbolic language they had heard before. Oral tradition had a figure of speech with an "elephant passing through the eye of a needle" for implying the impossible. Borrowed from the Persians, the Jews substituted the elephant with their largest animal -the camel. The expression is found later written in the Talmud (Berakhot 55b).

When a camel is NOT a camel...

1.  Some have suggested the Aramaic word for camel is gamla which

has a double meaning, since the course hair of the camel was often

used to fashion a rope. So for a thick rope to pass through an eye of

a needle would also be impossible.  Yet, the 3 different 1st century

translators (fluent in both Aramaic and Greek) wrote "kamelon" camel -rather than “kamilon” thick rope.

2.  Was there really an Eye of the Needle?
There is no question that narrow needle gates existed in stone or as smaller

wicket gates within larger wooden doors. To say that there are none surviving

from Jesus’ day doesn’t mean they weren’t used in His day.

those who were “locked” out. Such an entrance could be easily guarded

especially if one had to stoop with head thrust forward to gain entrance.

When in Israel, our tour guide showed us a needle gate in Bethlehem that was

city during the Crusader period.

And, in Jerusalem’s old city

-there is the Damascus gate

and a smaller in-set one.

Could a camel fit through

Perhaps, if it wasn’t overburdened and had some coaxing.

Yet, there is no evidence suggesting Jesus was referring to such a place.

A wonderful sculpture showing how easily we become burdened

must let go of the world.

"Easier for a camel"  sculpture by artist Timothy P. Schmalz. 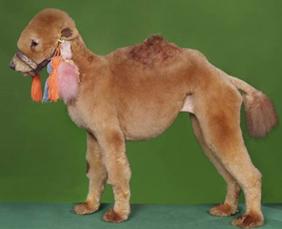 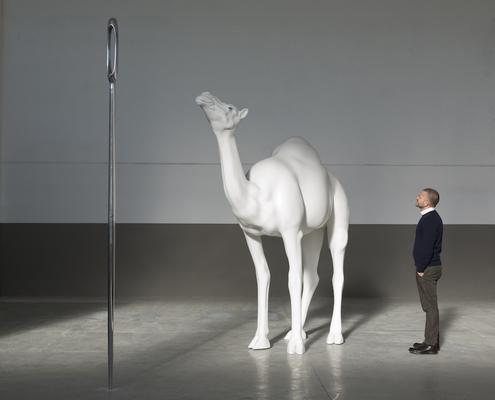 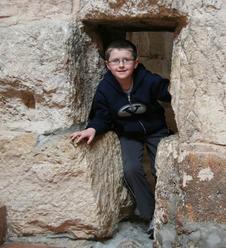 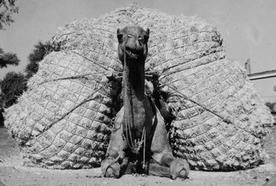 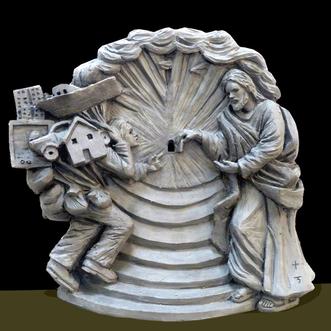 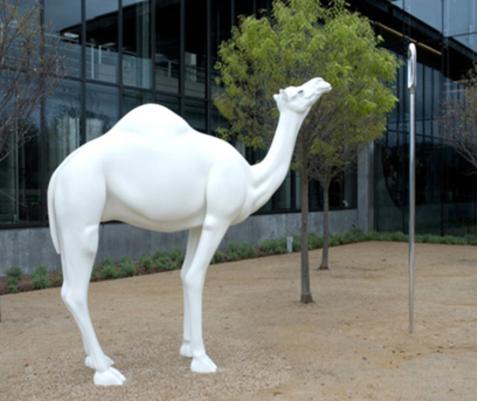 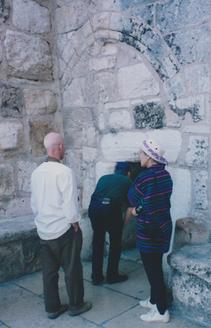 The Story of:  The Eye of The Needle as told by Jesus in the Bible.

(we are in the Greater Toronto Area and ship business bank cheques across Canada).